I am recovering from a Valentine induced chocolate high 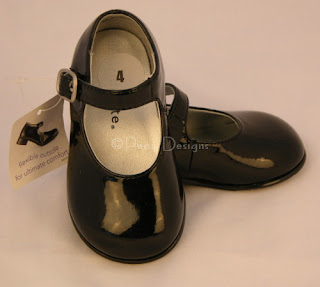 and while I am sure that I am not totally sober, I am sober enough to have regretted accepting the chocolate in the first place. While in a stupor, I was told, by the man that gave me that succulent, calorie ridden treat, that he wasn't voting for Clinton. Big deal, you think, he gave you chocolate (and a wonderful home cooked meal), let him vote for whomever. I would agree except for what he said next, "because she has big hips". Hillary Clinton is a women and grown woman, on many occassions, have hips. They allow us to have laps big enough for multiple children to lie upon. They allow us to swing and sway as we flood the dance floor at family weddings during the Motown Medley. Hips give strength to our mid-sections as we heave and pull and squat and scrub during spring cleaning. Hips, like shiny, black patent leather Mary Jane shoes, are uniquely female. When my male counterpart said, "I am not voting for Clinton because she has big hips", he was saying, "I'm not voting for Clinton because she is a girl".

I'm taking the high road. No arguments, no cajoling, no intelligent dialogue. I'm reaching out to the women in my life, the ones I know well, the ones I've yet to meet. While you consider your choices in the primary election, consider the many things you've heard about women and girls since childhood. Playing on that empty lot with the neighborhood kids, "Girls can't play football". Sitting in class in elementary school, "Girls can't do math". Behind the wheel at 16, "Oh no, another woman driver". Listening to the corpulent man next to you in a restaurant talk about how he "doesn't do fat chicks".

There are some things women have that men do not. Hips are one of those things, friends are another. Pass this on to all your friends and join the "Girls for Girls" campaign. Together we'll prove that "girls can too be president". And wear your shiny shoes so that I'll recognize you in the supermarket.
Posted by Lorraine DeLuca Placido at 3:45 AM

I love you Lorraine....and tell your man I am voting for Cliton because she HAS big hips!!!!!they are the female's version of big balls!! and she will swing them all over the world to get the job done! So I say... you go girl....swing those big hips and strut your stuff!!!! I am voting for big hips!!!!! and "C" let go of your balls and don't be afraid of big hips....really it's ok we won't forget that you have balls!!I love you C despite your balls. LOL
Love your big hipped girlfriend.....STELLA.

I will say it again Loli,you sure have a way with the words and for that I am an avid admirer. As far as Hillary goes ,the hips are fine but I wish you were running for President.I would love to see a woman as President but not this woman. I still haven't made my choice yet.Oops, gotta go am late for my Belly dancing class! Love, Head of your Fan Club, Dee Dee

your man has no clue. I believe what he meant to say is that Billary is shaped like a pear. She is not well rounded like a succulent apple but bottom heavy ... She is not to scale!!!!UNBALANCED!! To complement and balance the rest of her body she needs Bill's fat head. It is the $5,000 dresses that make her look half decent. As far as her political skills she is good and a decent choice for a senator. However, my problem with her is that as this country is heading into some dark and troubling times she will be a devisive choice. Status quo and two families have led this country for over twenty years. Bush, Clinton, Clinton, Bush, Bush and now what Clinton again? Please!!!..... I am tired of the same dish. Give us something that will energize this country and our palate. It has been missing for a long time and we are thirsty for it. " The pear with the pretty dress" is not the answer. "Billary" does not have the charisma nor the strenght that a Margaret Thatcher, Butto or a Golda Meyer had, they made history she is just another "fruit".

I think it's great that a woman is finally running and basing your vote on how the candidate looks is ridiculous. Willy Taft's hips were so big, he got stuck in a bathtub. yet he won. ha!
However, I'm not going to vote for Hillary just because I want a girl to win. I want the best person for the job to win, and since none of them are really amazing, yet again, I'll settle for someone who won't continue all of the crap the Bushs and Clinton created. If you think Hillary's the girl for the job, I hope your right! and then she can help fix this country AND show that woman can do what a man can do and better. I enjoyed reading your thoughts! Hips are pretty great.
♥Kim

Great job, Lorraine! As I read your blog, I couldn't help but to laugh out loud, knowing who the comment came from! Your writing is great and I'm a new fan! It reminded me of a quote from Virginia Woolf: "When a subject is highly controversial... one cannot hope to tell the truth. One can only show how one came to hold whatever opinion one does hold. One can only give one's audience the chance of drawing their own conclusions as they observe the limitations, the prejudices, the idiosyncrasies of the speaker.” And another one by the same author: "For most of history, Anonymous was a woman!" Here's to The Girls Club!

Thank you for all the wonderful comments! It is nice to know tha someone is reading the blog. Usually I feel like I am writing a secret diary that no one ever sees.

Lorraine,
You are the best! I love this blog, and of course, you know I love patent leather shiny shoes and the uniquely female aspect of them. You never see a boy running around in patent leather Mary Janes! And, who cares that Hillary has big hips; she has more balls than any man out there. Unfortunately, I don't think she is going to be "the one" this year...I think "adam" will win. I love you like a sister....Cathy

If she can wear her blue jeans with her shirt tucked in then she's got my vote!!!!!

Now really, Hillary with her shirt tucked in. Never. Palin could do that....

Thanks, Marvene. Hope you become a regular reader:)