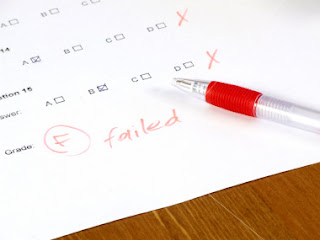 Tonight I found out that I did not win, so none of us will be getting our dollar. I apologize, I really did want it to work out. Nevertheless, I have another idea and the math works. I read in the Washington Post that the United States will spend three trillion dollars on the Iraq War. This time, using a calculator, I figured we could have given every man, woman and child in the United States, ten thousand dollars instead. It equals three trillion. You can check my numbers, they are real. So, for my family, that is 50 grand. You might have five kids and a spouse for a whopping 70 thousand. I think I've figured the way out of our economic slump.

What could ten thousand per person buy? A few years worth of health insurance. A decent car. A really great vacation. A few years at a state college. Pooled together, like in a family, we have a hefty down payment on a house. Invested by a recent college graduate, a comfortable retirement.

I might not be good at math but I know what we got for our three trillion was not a good deal. And for some people, those who are fighting in Iraq, those who died there and the families and friends impacted by that, it has cost far more than money could ever buy. You don't need to be good at math to figure that out.
Posted by Lorraine DeLuca Placido at 11:56 PM

Lorraine, I just read your most reecent blog. Your math skills may need some work but my problem is that it took me a while just to leave you a comment! I e-mailed you instead and I finally found out how to post a comment and now I can't remember what I wanted to say....I am still upset about the BIG HIP discussion. Rest assured I am going to pack my mary janes! Love, Dee Dee

Good intentions are better than math any day! :D
Perhaps the government is bad at math as well, and thus the whole debt crisis. yeah right.
♥Kim

Lorraine - I love that you wanted to give everyone a million dollars; your math is bad, but your heart is big. And, you are spot on about the 3 trillion.