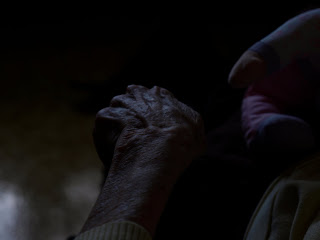 Now, I count, add, the years. At least eight. But more like ten. Unless you count when you recommended I visit the Empire State Building during the Washington trip.
Should I count that? Will they count when I said Labor Day instead of Memorial Day?
A lot of people do that. I think. No. Definitely at least eleven. I remember Aricept at the millennium. At least eleven but if we count the nun who talked to you through the television. That would be more. Or less. I can’t remember. Really. It is a long time, either way. To be caught between the here and there. So, they tell me I should be relieved. Definitely eight. We went to a party and you had to relieve yourself and you couldn’t tell me. I figured it out then in the car on the way home. And made them stop at the mini-mart where the key was attached to a giant wooden paddle and you wore pantyhose and underpants and it took too long to take them off. You cried in the backseat afterward and I brought home the giant key holder. Accidentally.
Posted by Lorraine DeLuca Placido at 11:33 PM