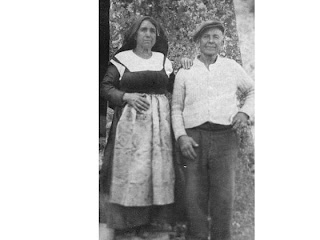 Navigating through internet waters for some background on the influences and factors in the establishment of long term, successful relationships and challenged by the volume of pop psychology articles found, I turned to Google Scholar.

Remarkably, it was as though I had entered an entirely different search. Articles questioned the value of relationships on brand success and recommended best practices for managing customer relationships. Long term relationship success appears to be easier to maintain for corporations than for individuals. Dig a little deeper and it is apparent that the same key opens many doors when building successful long term relationships, either personal or professional.

Those individuals who share common life experiences, common political and religious beliefs and who work toward a shared goal tend to be most successful over the long term. When expressed in a marital union, shared goals and interests that respect the individual’s talents and differences seem to provide an important basic framework for success. These factors though do not guarantee enduring intimate relationships. That guarantee is found instead by couples whose individual character is enhanced as a result of their being in the relationship.

The old saying “behind every great man is a great woman” should be reworded and embraced for modern society. Perhaps, “behind every great person is a great partner” would be more succinct. To achieve an enduring relationship, rather than a relationship one endures, requires that couples willingly share their talents and energies with one another. In American society this is often considered in a negative light since we value individualism and expect to be free to pursue our personal goals. It is a conundrum, of sorts, to yearn for the satisfying intimacy of a relationship while embracing the ideals of individualism.

The desirability of marriage is reflected in surveys suggesting that 90% of Americans will choose to marry at some point in their lives (Brubaker & Kimberly, 1993). A good marriage provides individuals with a sense of meaning and identity in their lives. A variety of studies have demonstrated that people are generally happier and healthier when they are married (Gottman, 1994; Kelly & Conley, 1987; Orbuch & Custer, 1995; White, 1994. Research and experience indicate that it is far easier to achieve when both persons begin in a common place. Having similar backgrounds and beliefs relieves the couple from having to build consensus in those areas, allowing them to focus their energy on improving and sustaining one another’s life goals.

Common background does not negate the importance of an individual’s disposition on a relationship. Some people are simply better at maintaining relationships because of positive personality characteristics. It is in this arena where it may improve a relationship when partners are somewhat different. If a person is fearful or antagonistic, those qualities could be exacerbated if the other person answered in kind. A partner who is optimistic and cooperative may have a positive influence by dampening his/her partner’s negative outlook. This is what I consider “good fit” in a relationship; the ability for partners to nurture and grow one another’s best assets. Individual growth and maturation is encouraged and supported by the union.

Romantic relationships are born and die frequently and romantic love can be a wonderful experience. Love alone, without real trust, loyalty and compatibility cannot sustain a relationship beyond a few years. The potential of any relationship to become an enduring one depends on the fundamental beliefs, personality and commitment of the partners. When individual life experiences, cultural backgrounds and dispositions are in sync, they are more likely to be able to sustain a healthy relationship across the lifetime. Life is full of changes and can be significantly more satisfying when experienced by partners who are supportive of one another, as individuals and also as a couple. People in enduring relationships recognize the importance of their relationship to both partner’s development and well being.
Posted by Lorraine DeLuca Placido at 2:37 PM