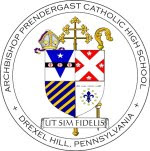 By mid-afternoon on this, unusually warm for January Friday, workers from Radnor to Mayfair, in cubicles and behind Wawa counters were discussing the news from the Diocese of Philadelphia. The announcement culminated a week of speculation about the fate of our Catholic schools. Nowhere was the news more painful than on the “hill of Drexel” for there sits what was once described as “one of the finest buildings in the diocese”, Archbishop Prendergast High School for Girls and the more modern structure, Monsignor Bonner High School for Boys. After nearly 60 years of educating the young men and women of Delaware County, the schools will close in June. These bare facts, reported throughout the region this evening, seem flimsy and irrelevant to what the schools mean to the students there now as well as those of us long ago graduated. Talk of budgets, restructuring and dwindling enrollment belie the true impact the schools closing will have on its current students as well as the communities and parishes that support the high schools.

My first memory of “Prendie” is hazy but in it the school is a magical place. It is around Christmastime in 1964 and my sisters and I are on the bus coming from 69th Street to Darby. It is dusk and dark comes fast that time of year. As the bus lumbers down Marshall Road, my sister tells me to look across the field to the light at the top of the hill. I see the shadow of a magnificent building and the light of the bell tower. “That is my school”, she tells me, and “someday you will go there too”. I am 4 years old and for the next ten years, every time the bus turns the curve onto Marshall Road, I look across the field to the top of the hill and think “someday that will be my school”.

By the time I was in 5th grade, my second sister was a Prendie Senior and I had a close-up view of life at Prendie. Roseann was in the Glee Club and I attended her concerts and plays, always waiting in the wings with flowers of congratulations. Her love for Prendie was unwavering, giving her the family nickname of “rah rah”. As much as we teased her, those brief moments at Prendie made me consider that there was something special happening there.

In 1974, finally part of the Prendie family, I slowly came to realize that this beautiful building held within its walls an energy and vibrancy that created strong and resourceful women from little girls. Archbishop Prendergast held the highest standards of academics and even I learned to conjugate a Latin verb and still know the difference between a first and second declension noun. More importantly, Prendie was a place to explore and understand the meaning and significance of female friendships. We were encouraged to know and understand one another, to find the things we had in common rather than focus on our differences.

For Freshman, that common thread was Prendie itself. We were the “Girls of Prendergast High” and learning the fight song and alma mater were rites of passage as were “Big Sisters” and “Freshman Day”. We came from many parishes but by the end of that year, we were the “Class of ‘78”. The joys and tragedies of our high school years were shared with the friends we made and there always seemed to be more friends to meet. During gym you’d learn that your square dancing partner had the same affection for poodles that you held or at lunch the stranger next to you blossomed into your best confidant. By Senior year, the milestones you looked forward to such as Ring Day and Music on the Stairs were bittersweet with the knowledge that they would be your last.

Today’s announcement was the death knell to the Prendergast community and with it go the long traditions passed to my sisters and then to me and then to others behind me and upheld today by its current student body. Along with all of us who attended or are currently attending Prendergast, there is the loss to all those who may have attended Prendie in the future. All those little girls looking at the bell tower and thinking “some day that will be my school”.
Posted by Lorraine DeLuca Placido at 2:01 AM

Sweet and poignant. What a wonderful way you have with words and feelings.

I was so moved by your words. I am a 1979 graduate and while I didn't appreciate Prendie as much as I should have at the time, I have appreciated forever after that I am a Prendie girl. My daughtes are Prendie girls and my husband and son are bonner boys. I feel terrible that my youngest son, who is soon going to be 13 will never have the connection we have to these schools that are part of our past. and for my one daughter, her present. She is a senior. He will never know the traditions we have shared and felt the pride that we have in knowing we are part of the Bonner and Prendie family. It breaks my heart to think that my daughter will be the last graduating class from Prendie. She will be part of the last winter formal, the last Mother-Daughter Communion Breakfast, the last show, the last Prom, the last Baccalareate Mass and the last Graduation ever. It just brings tears to all of our eyes!

Your words and their sentiment brought tears to my eyes. I too, am a Prendie girl (class of 1970) as well as two of my sisters, my daughter, and three of my nieces. Two of my brothers are Bonner boys, as well as my son. We all stand proud of the education we received,the friendships we made, and the experiences we enjoyed and sometimes hated.
The schools may close, the communities suffer, but the Pride of being a Prendie girl/Bonner boy lives on in each one of us 'till we take our last breath.

indeed it is sad...the demise of prendie. i am a '72 graduate. it's been a long time coming. the writing's been on the wall. with the economy...with the skyrocketing tuition to pay the teachers and every year they want more. putting a catholic education out of reach for many. the decline in enrollment. it's been a downhill roller coaster and finally it's come to this. it doesn't help that the catholic church has the priest predators and paying huge settlements! i'm sure many people resent their money going to payoff these settlements for such abhorent behavior. you can still be a good christian and not support the catholic establishment. for all the unhappy students and alumni...we will still have our memories of prendie. i will. the school is a building that will have a new lease on life and serve another purpose. all things change. our memories will always be a part of us.

thank you for your beautiful prose...I completely agree...