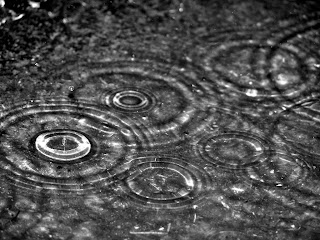 As usual, I feel bad for the “bad guys”. You know you are getting old when you have trouble hating people. Now, don't beat me up for this, I mean, I saw what they did. The images are permanently embedded in my memory. Embedded in the soul of our country.

I also remember what it was like to be young, to be passionate for an idea, even a bad one. Fortunately for most of us that passion centers around benign activities. But what if it did not? What if circumstances unfolded in a away that instead of an older sister with a fervor for antiques, she had a zeal for politics? Would I have spent countless Saturdays traveling around the countryside looking for other "freedom fighters" or spent evenings reading about the chemicals needed to make bombs instead of those used to properly clean old furniture? What if the ties that bind us had been born of violence and hatred?

And the images return. Eight year old Martin Richard, just moments before his death, his sister standing next to him. The family intact. The years of sibling love cut short in a second. Strong, vibrant young people missing limbs. Those same limbs strewn around the sidewalk like discarded trash. Others with head injuries that may never heal. Lives disrupted permanently.

We seek justice, but there is no way to make it right. The lives of the bombers, created in the same image of God as the rest of us (if you believe such things) are destroyed as completely as their victims, although, you might argue (and rightly so) they chose that ending. There is nothing the courts can do to make them pay the debt they owe. A judge can't raise from the dead the young women with the freckled face and pretty blue eyes. A jury can't award legs where none exist. Human beings cannot make this right.


So, as his brother went before him, I can't help wishing that the fate of the younger bomber be left to God also.